Heard Irar after spending day in the outdoors and seeing eagles 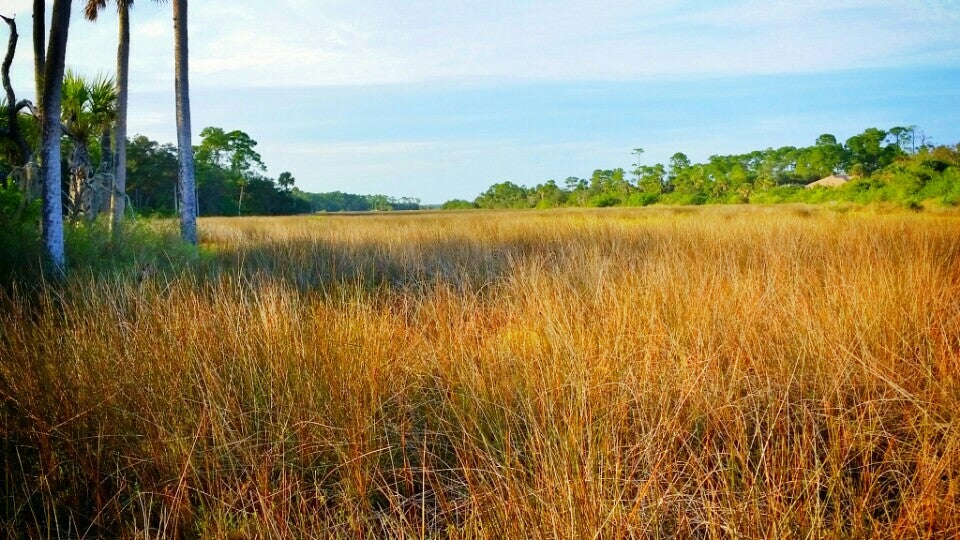 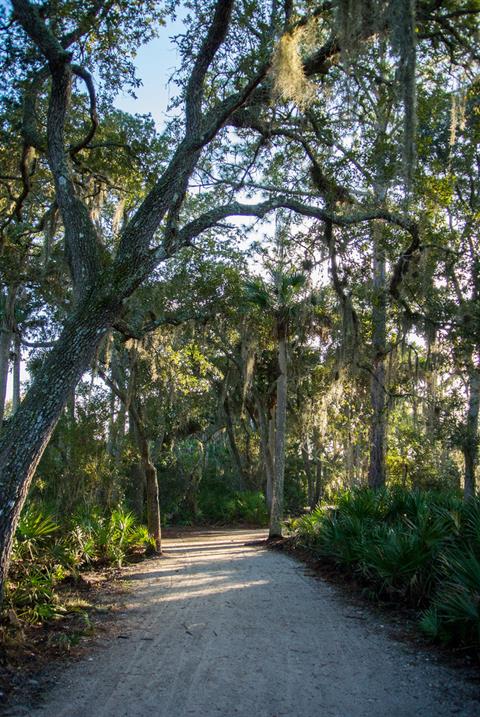 Eagle conveys the powers and messages of the spirit; it is man’s connection to the divine because it flies higher than any other bird. … If eagle has appeared, it bestows freedom and courage to look ahead. The eagle is symbolic of the importance of honesty and truthful principles.

When an eagle appears, you are on notice to be courageous and stretch your limits. Do not accept the status quo, but rather reach higher and become more than you believe you are capable of. Look at things from a new, higher perspective. Be patient with the present; know that the future holds possibilities that you may not yet be able to see. You are about to take flight.

If an individual has been going through a hard time, eagle not only signals a new beginning, but provides that person with the stamina and resilience to endure the difficulties. If eagle has appeared, it bestows freedom and courage to look ahead. The eagle is symbolic of the importance of honesty and truthful principles. Summon the eagle when you are about to embark on a challenge, a massive life change or a creative endeavor.

Eagle people are seen as visionaries, those who are seekers and who are willing to push the limits of self-discovery and personal freedom. The eagle person is a born leader and may become impatient with those who cannot fly as high or as fast. Despite the fact that eagle with hold aloof or retreat to the skies, people will naturally gravitate to them.

When Eagle appears to you it means that you are being put on notice. Eagle totems appear to inspire (push) you to reach higher and become more than you think you are capable of. They tell you to be courageous and really stretch your limits and see what you can do. They bring a sense of courage and a desire to explore and grow. To dream of a flying eagle or one who is perched high signifies good fortune or victory coming your way. If it scares you or attacks you it means there are some self-imposed limitations you need to push through.

The lesson of the eagle is to take a look from where it sees. You must have the courage to relinquish stale and comfortable habits and beliefs to soar into unknown realms and new realities – continually expanding your view. Now is the time to take full responsibility for your life and be prepared for instant destiny. As your spiritual awareness increases, the positive and negative ramifications will become more immediate and have greater force. 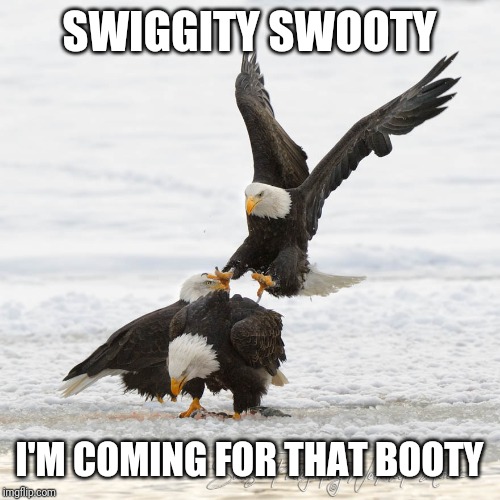 Long gone 14 years together, rest in peace baby and welcome this new black kitty into my life..making quite a contrast with my pale ass skin, oreo couple lol

My heart is beating hard and fast at reading these news today. Ancient DNA Connection 95% closer to the builders of Stonehenge …and all of this as I’m wearing a piece of Stonehenge itself preseli bluestone around my neck. It’s at times like these that i realize that our connections and attractions come from real past events, genetic memory revealing history one bit at the time…

Some of the men who built Stonehenge have been found. Their grave, which dates to the beginning of the Bronze Age, about 2,300 BC, was found at Boscombe Down near to Stonehenge. … Chemical tests on the teeth of the men, called the Boscombe Bowmen, have shown that they were almost certainly born in Wales

The families of the Boscombe Bowmen brought the bluestones with their own hands.

Men like the Amesbury Archer travelled from afar to Stonehenge. They brought the new and magical skill of metalworking in their hands and their head.

Then, metalworkers could change rock to metal, a change of substance and colour, by the magic of fire.

Now, it seems more and more likely that the builders of Stonehenge transformed a timber monument to one in stone by bringing the stones back from the route of their voyages to an island of metals.

In medieval times, people believed that the stones could only have been brought to Stonehenge by Merlin the Wizard. Now archaeologists have found the mortal remains of one of the families who were almost certainly involved in this monumental task.

The grave of the Bowmen was discovered during the digging of a trench for a new water pipe in May 2003. When archaeologist Colin Kirby saw human bone and pottery dating to the Bronze Age pottery, he realised immediately that a grave had been disturbed.

It was soon clear that there was something unusual about the grave. There was not just one skeleton, there were also bones from several other people. It was also clear that while the water trench had cut down one side of the grave, a trench for an electricity cable had also cut across part of the grave. What had survived the electricity and water trenches was quite unexpected.

The discovery of the Boscombe Bowmen follows hard on the heels of the astonishing story of the Amesbury Archer. The Archer was given the richest burial of his age. He was the earliest metalworker in Britain, and a man who came from central Europe. Like the Boscombe Bowmen, he lived at the beginning of the Bronze Age, at a time when great building works were going on at Stonehenge.

Woah! I just learned that I’m related to an ancient mummy from egypt 66% closer than others in the database in the Roman empire ruling and that Cleopatra, my favorite woman in history, belongs to this time period and we might be related. This brings me back to when I used to be obsessed about Egypt during my teens and early twenties so much ….that I had statues of Isis and other egyptian goddess all over the house and wanted to become an egyptologist but I guess reality bit me and I forgot all about it during college.

The Ptolemaic Kingdom was a Hellenistic kingdom based in ancient Egypt. It was ruled by the Ptolemaic dynasty, which started with Ptolemy I Soter’s accession after the death of Alexander the Great in 323 BC and which ended with the death of Cleopatra and the Roman conquest in 30 BC. 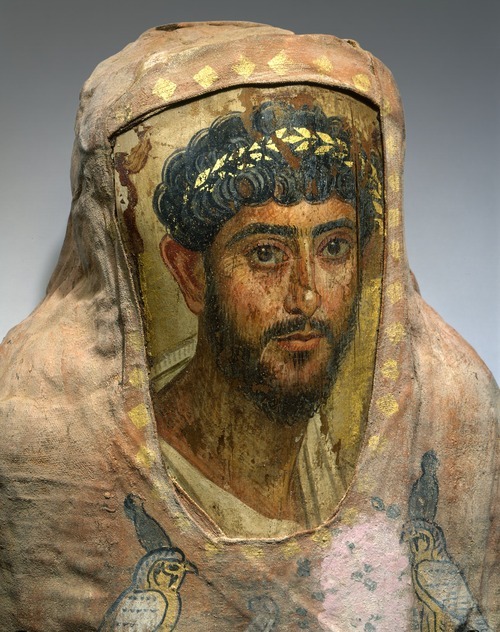 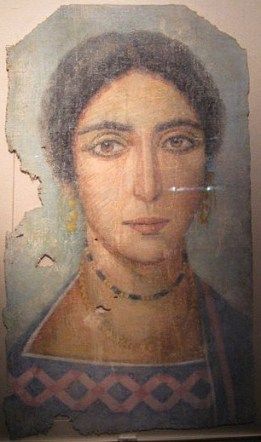 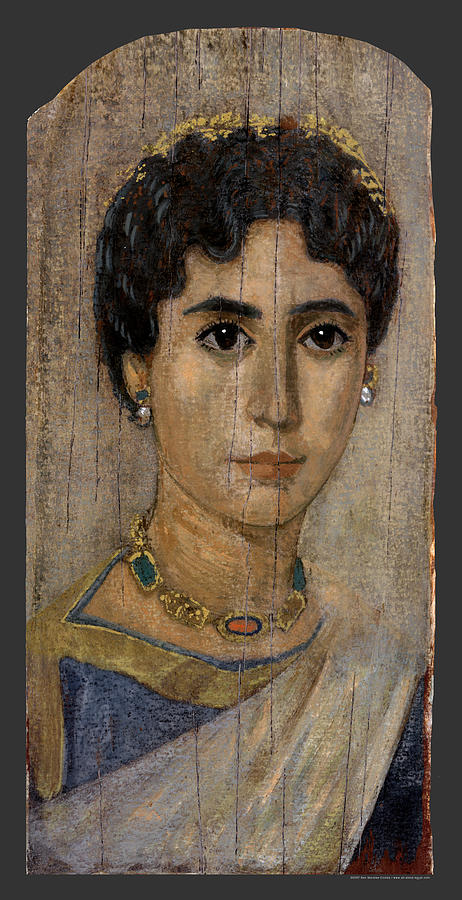 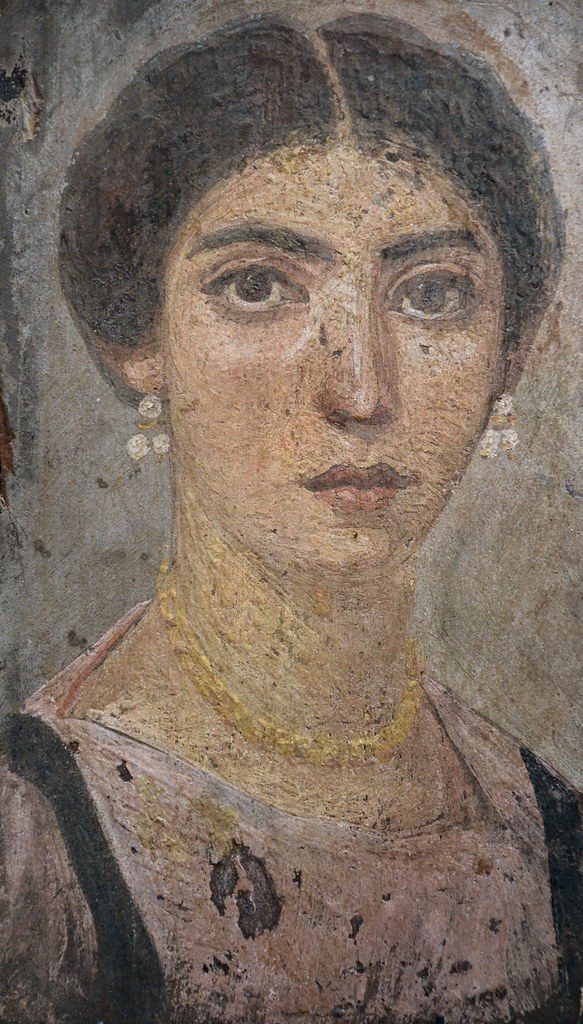 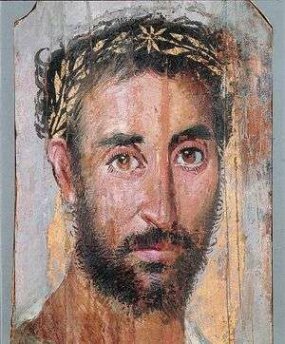 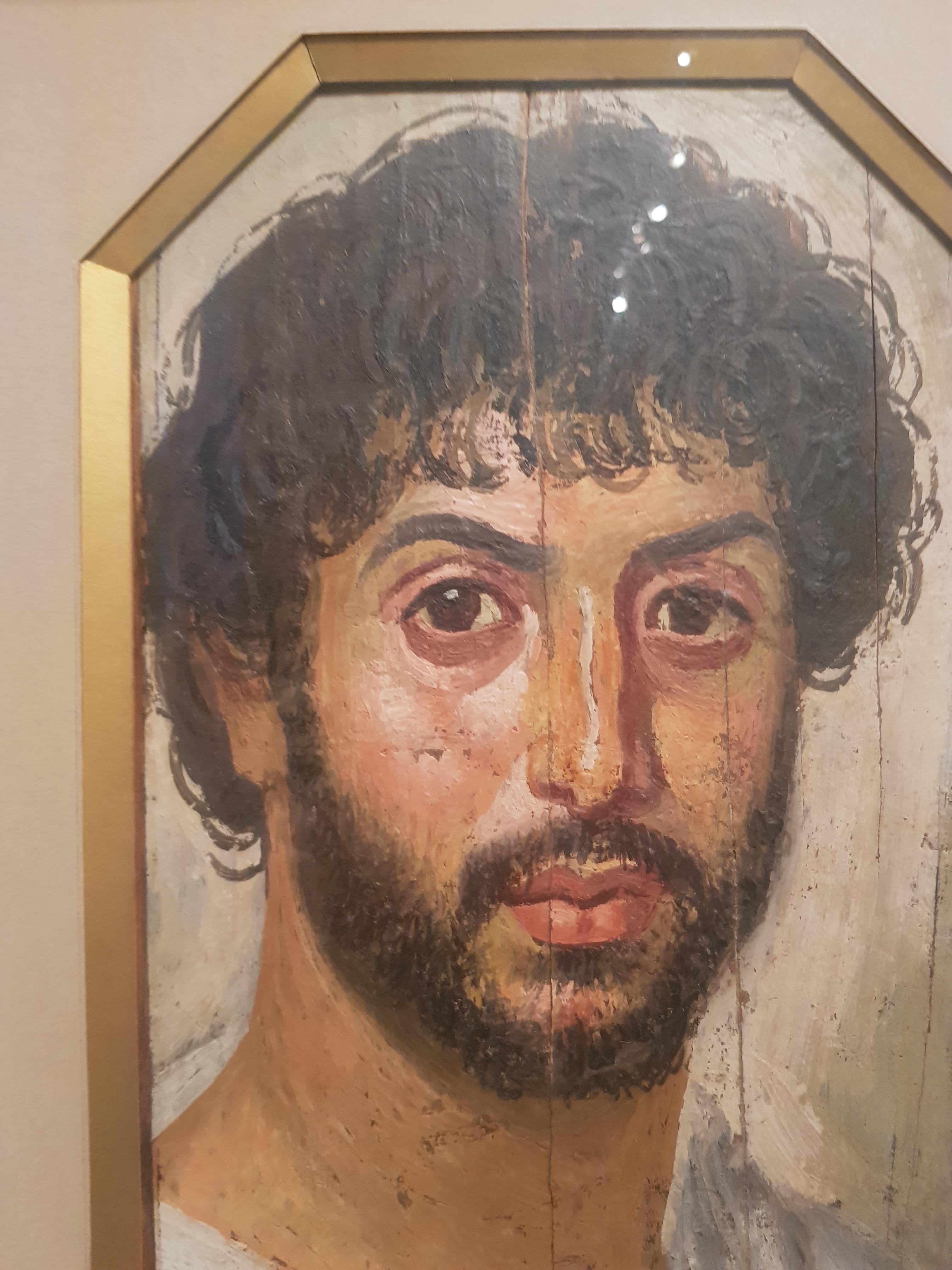 Right now I’m excited to be  waiting on the auction house for a possibly very valuable antique that’s worth anywhere from 2 millions to 30k and I found it thanks to god and the voices. I used to do it in my own and go antiques hunting to buy and resell, but now I have included them in the search so that I don’t waste much time with trash that’s not worth as much. I want to become a millionaire this year and the buying and reselling of antiques at a higher price it’s my way of getting there. For this specific antique I was told it was made of wood and other discriminating characteristics that eventually sent me on the right way to find the right seller online.

Heard Diuri, pointing at the fact that what I was seeing it’s a valuable

This is the process I use to make it happen:

I had been visiting the ocean and asking the water and beneficial water spirits to reveal their secrets about lost treasures. Nothing creepy, no dark magick, no demon use but merely using the same forces of god that he has placed for us to explore. IF THERE ARE ANGELS IN THE SKIES, THERE ARE ALSO GUARDIANS IN THE OCEANS AND BELOW,THESE NATURE ELEMENTS ARE NECESSARY,WE WERE NOT LEFT DEFENSELESS AND ALONE JUST BECAUSE “IT’S EARTH”.Just yesterday I had a dream of me finding 4 antiques and having someone telling me the name of the creator which is a chinese creator

Also, Recently I found a box full of old music records and books by the driveway that together will make me 1 or 2k and I knew it was coming as they were mentioning the word “music” the day before and WOW it did come true!

Happy hunting and grabbing ahead!

Heard this word with the meaning of being limitless

Ameit’s origin is Sanskrit. Ameit is a form of the English, Hebrew, and Indian name Amit.

Amit is used chiefly in the English, Hebrew, and Indian languages, and its origin is Sanskrit. The name is of the meaning limitless, “infinite” or “boundless”

What I hope to become…

Heard Moruya today after I have been dreaming of swans

The word Moruya is an Aboriginal word meaning “Resting place of the black swan”, and the Black Swan is the town emblem.

South Coast of the Australian state of New South Wales.

Black Swan is a graceful reminder to move from any position where you feel powerless and at the mercy of external forces; it is time to reclaim your personal power.

Swans have many meanings when we come across them. Aside from those we mentioned above, swans are also expressions of true love. When we come across a swan, it might be the loving message of someone who is dear to us. This is not necessarily a lover, as swans are also known for their motherly nature. Swans are very protective of their young, and will go through anything to make sure their babies are not harmed.

In the Native American tradition, swans are considered symbols of harmony. Various tribes such as the Ottawa have swans as their totem animals. “Swan maidens” are also found as eligible brides in the stories of these tribes. Bahahaha not in the current wasteland of eternal bachelors though

The swan’s symbolism is very powerful. It does not only show us beauty, it reminds us where beauty really comes from. As per the swan, beauty is not a matter of science or logic. Instead, it is a matter of intuition and awareness. When we look at the swan, we do not go about measuring its proportions and comparing it with universal preferences to be able to appreciate its beauty. Instead, we just take one look at the bird and become aware of its gracefully curving neck, its gentle predisposition, its pure feathers. From there we see its beauty.

Hence, the swan reminds us that sometimes there is more to be seen and had when we trust our intuition and awareness. When we learn to understand things not from overthinking but from mere instinct, then we will learn to see the innate beauty of the world.

This is a text widget. The Text Widget allows you to add text or HTML to your sidebar. You can use a text widget to display text, links, images, HTML, or a combination of these. Edit them in the Widget section of the Customizer.
Mental connections from beyond
Blog at WordPress.com.